The Biomolecular NMR facility of the Department of Biochemistry and Biophysics is hosted in newly built NMR wing of the BioBio building located on the West Campus of Texas A&M University.  The facility consists of four state of the art NMR spectrometers including a Bruker AVANCE III 800 MHz. At 18.8 Tesla, this modern spectrometer represent one of the very few ultra-high field instruments currently operational in southern United States and Texas. It is equipped with 5mm TCI cryoprobe, which has exceptional proton detection sensitivity of 10,677:1.

The facility also hosts two more Bruker AVANCE III HD spectrometers, a 600 MHz and a 500 MHz; alongside a Varian 600 MHz. All these spectrometers are ideally suited for solution-state NMR studies on biological macromolecules like proteins and nucleic acids. In addition Bruker 800 MHz and Varian 600 MHz have capabilities to perform solid-state NMR experiments. 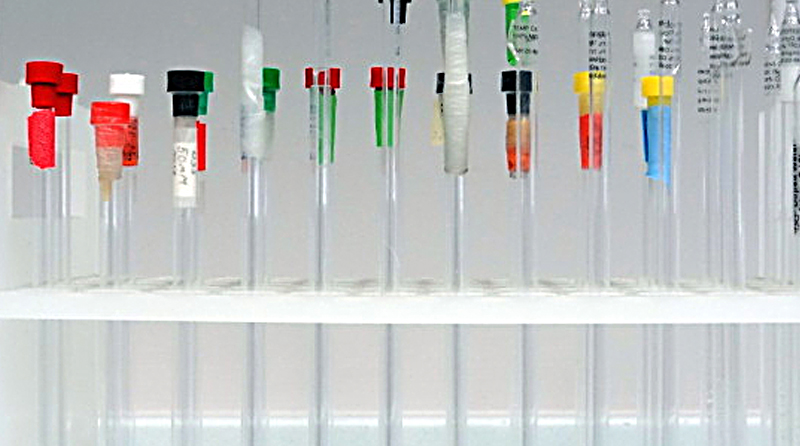